Imagine you are a part of a team, but for some reason you’re just not reaching the level of success that you know you’re capable of. You’ve tried every trick in the book, but somehow things just aren’t coming together. What could be the problem? It might be time to take a look at your team’s make-up and consider what might be missing.

Today let’s explore an approach that will build the foundations for your effective team.

Belbin Team Roles is a behaviour profiling tool developed by Dr. Meredith Belbin in the 1970s. Belbin’s theory is that successful teams are made up of individuals with complementary strengths and weaknesses. By understanding each team member’s strengths and weaknesses, you can create a well-rounded team that is capable of achieving great things. Meredith Belbin’s research showed that the most successful teams were made up of a diverse mix of behaviours. To build high-performing teams, we need to represent each of the nine Belbin Team Role behaviours at the appropriate times.

So how does it work? First, everyone on the team takes a survey that assesses their preferences and tendencies in various areas. Once the results are tallied, each person is given a profile based on their strengths and weaknesses. For example, someone who is good at coming up with new ideas might be given the role of “Innovator.” Someone who is good at keeping things organized might be given the role of “Coordinator.” And so on. The profile doesn’t just measure self-perception it also uses a 360-degree feedback system to get input from others.

A Belbin behaviour profile is a simple yet very clear explanation of what a person’s strengths are within a team and what others within the team value in that person.

It’s an incredibly effective tool for identifying who you need on which team to get a specific outcome in the fastest possible time frame and with the right amount of people.

That is such an important statement, I want to highlight a few key phrases…

It’s an incredibly effective tool for identifying ‘who you need’ ‘on which team’ ‘to get a specific outcome’ ‘in the fastest possible time frame’ and ‘with the right amount of people’.

Ultimately a Belbin behavioural profiling workshop will equip people with the knowledge on how to maximise everyone’s strengths for an effective team. You’ll get to appreciate not only what your strengths are but what your team values about you as well.

It’s based on solid science yet simple enough to enable people to immediately understand and apply it to everyday tasks. Belbin uses simple language and easily-understood symbols so it’s easy to remember how to apply your strengths within the team and build self confidence in the process.

It’s important to reinforce too that profiling doesn’t judge, it enlightens. No profile is good or bad, right or wrong. It’s purely about ‘fit’ for a role in the context of your own career or business.

By understanding each team member’s Belbin Team Role, you can start to build a high-performing team. When everyone knows their strengths and weaknesses, they can start to work together in a way that makes the most of everyone’s talents.

“The types of behaviour in which people engage are infinite. But the range of useful behaviours, which make an effective contribution to team performance, is finite. These behaviours are grouped into a set number of related clusters, to which the term ‘Team Role’ is applied.”

The nine Belbin Team Role behaviours are as follows: 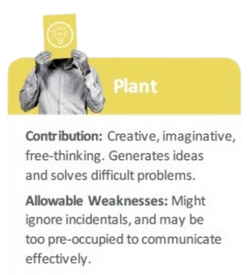 The Plant is the creative force on the team. They are the ones who come up with the new ideas and are always thinking outside the box. Plants are often very good at problem-solving and can see things from a different perspective. However, they can also be quite disorganized and may need help to turn their ideas into reality. 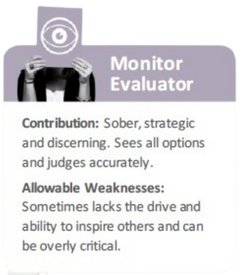 The Monitor-Evaluator is the critical thinker on the team. They are very good at seeing both the positive and negative sides of an idea and can help the team to make informed decisions. Monitor-Evaluators can be quite skeptical and may need some convincing before they will support a new idea. 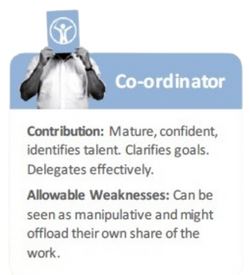 The Coordinator is the team leader. They are good at keeping everyone on track and making sure that the team is working towards its goals. Coordinators can be quite bossy and may need to learn to delegate tasks to other members of the team. 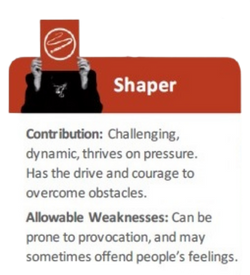 The Shaper is the motivator on the team. They are always looking for ways to challenge themselves and their teammates. Shapers can be quite impulsive and may need to learn to think before they act. 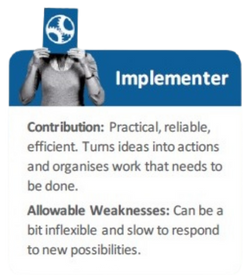 The Implementer is the one who turns ideas into reality. They are very practical and have a lot of common sense. Implementers can be quite inflexible and may need to learn to be more open to new ideas. 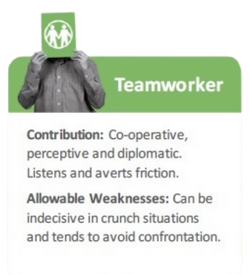 The Teamworker is the one who keeps the team working together. They are very good at communication and always put the needs of the team ahead of their own. Teamworkers can be quite indecisive and may need to learn to make decisions for themselves. 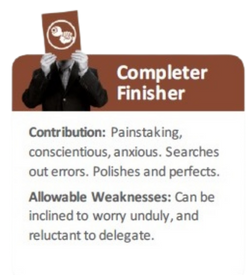 The Completer-Finisher is the one who makes sure that all the details are taken care of. They are very good at paying attention to detail and have a lot of patience. Completer-Finishers can be quite perfectionists and may need to learn to let go of things that are not perfect. 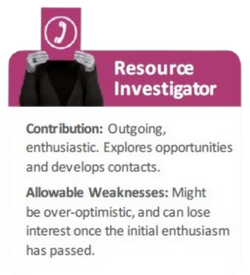 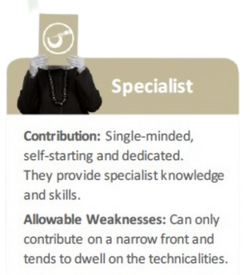 The Specialist is the one who is an expert in their field. They are very good at what they do and can help the team to achieve its goals. Specialists can be quite inflexible and may need to learn to be more open to new ideas

The only way of finding out individual Belbin Team Role strengths and weaknesses is by completing the Belbin questionnaires and receiving a fully normed and researched l report crammed full of advice and guidance.

Our Belbin profiling workshop will identify how various behavioural styles are represented in an individual and where the strengths and gaps of the team lie.

Knowledge is power as they say. Gaining this greater knowledge and understanding will go a long way in building a powerful team!

Psychometric Testing Vs Behavioural Profiling-which one is for your team?

Take your team to the next level with profiling